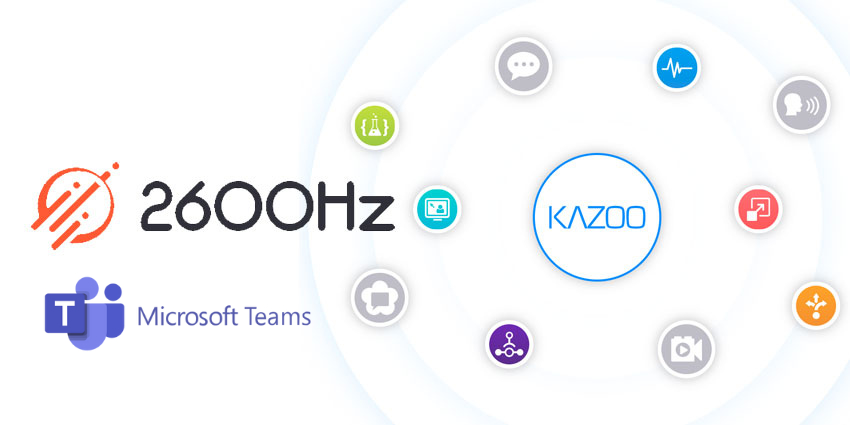 As employees continue working in a hybrid office, the prominence of communication platforms at the heart of modern businesses continues to grow.

Already on its way to removing the necessity of meeting rooms, the focus, for Microsoft in particular, is to remove the necessity of having an extra device to make and take phone calls, instead of hosting all communications in its Teams platform.

Although messaging, texting, and social media are becoming more prevalent for customer communications, direct inbound calls still dominate, especially when attempting to get in touch with specific departments or employees.

Communications provider 2600Hz understands the opportunity that is at the feet of its resellers and service providers. The ability to route calls through the Teams platform enables employees to be contactable from anywhere, in a solution that takes familiar elements of Instant Messaging apps, and adds a higher level of communication.

Speaking to UC Today, 2600Hz product marketing associate Clint Mohs said that softphones have become an integral source of communications for businesses, adding “the softphone provides the flexibility to use any device because it’s not really about the softphone, per se.

“Rather, it’s the idea that whatever device you have, whether it’s a laptop, desktop, tablet, or mobile phone, you’ll be able to stay connected in your enterprise persona by means of the softphone.”

2600Hz has identified this customer demand and partnered with TeamMate Technology, a leading provider of PBX and SIP Trunk integrations into Microsoft Teams. As Bret Truchan, 2600Hz Product Manager explains, KAZOO will be able to power the native dialpad within Teams along with the advanced PBX options that the solution brings.

According to Truchan, the goal for this partnership is to give 2600Hz resellers and service providers an affordable option for MS Teams integration. He also said that the decision to partner with TeamMate Technology was made using three key criteria; price, documentation and onboarding.

“Simply put, TeamMate’s documentation is extraordinary,” said Truchan. “Having the documentation available to our partners provides them with the tools to succeed and keeps our support tickets to a minimum. Because of this wealth of documentation, the onboarding process is frictionless and our partners have been able to set up the integration and be ready to offer it to their customers within a matter of hours.”

In addition to the ease of onboarding, Truchan added that the partnership with TeamMate also adds a handful of key features. These include bulk user set up, the ability to receive Microsoft user and licensing changes in near real-time and feature codes to invoke PBX features within Teams. The partnership will also allow service providers and resellers to embed their end-user portal as an iframe directly into Teams for support tickets.

Naturally, the Teams name brings with it some clout. After all, not every platform is announcing triple-figure active user statistics.

That draws people’s attention and, in turn, means that service providers and resellers have to adjust to their own customer demands. Mohs continued by saying that, considering Microsoft’s position in the market, 2600Hz’s partnership with TeamMate Technology presents an opportunity for customers to sell a brand that a lot of businesses see as the “go-to” collaboration platform.

“Customers who use Microsoft Teams for their day-to-day work want access to the native dialer, and if we couldn’t offer it, they’d either choose another PBX or sign up for Microsoft 365 Business Voice. Our job is to ensure that our resellers succeed, so it was vital for us to offer integration with MS Teams.”